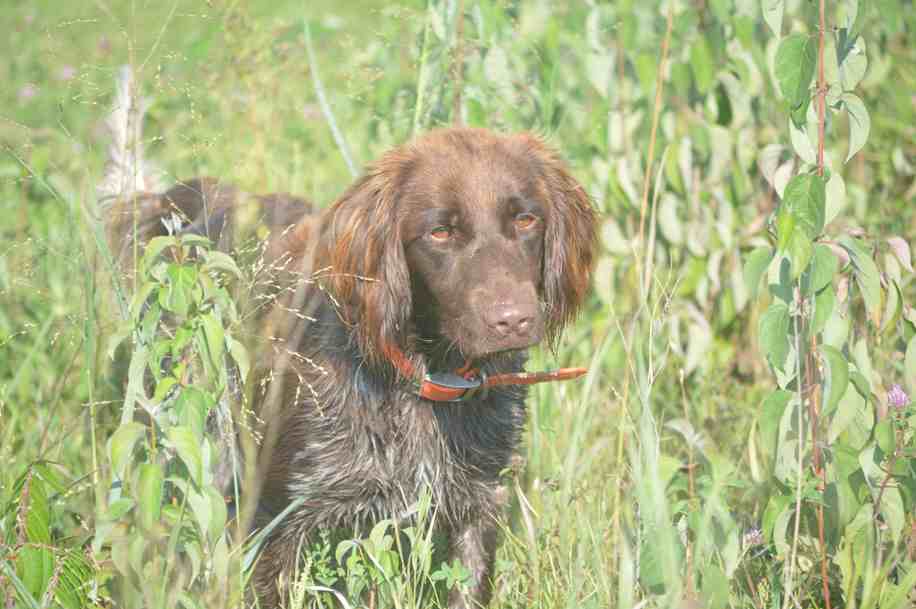 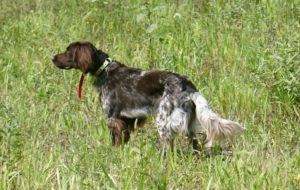 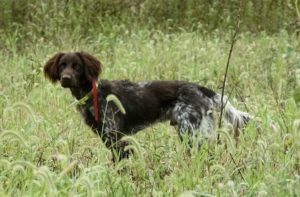 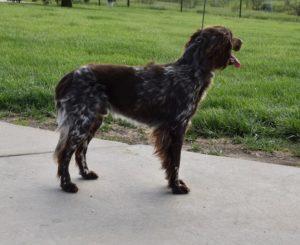 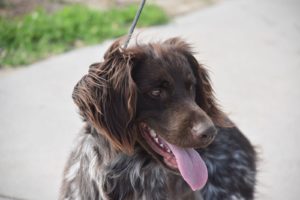 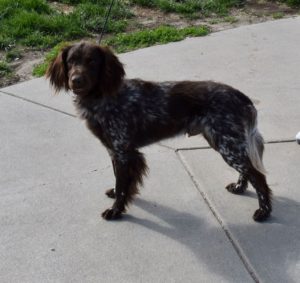 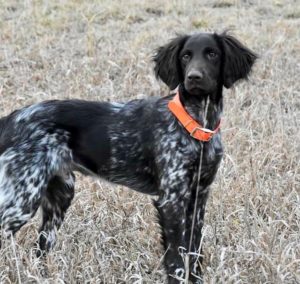 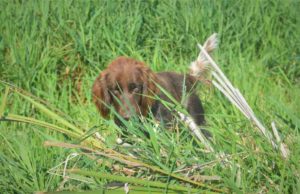 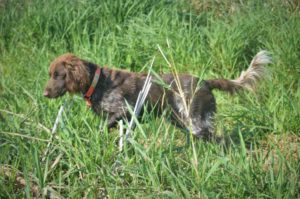 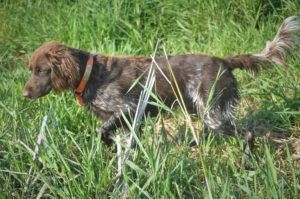 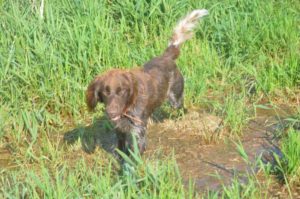 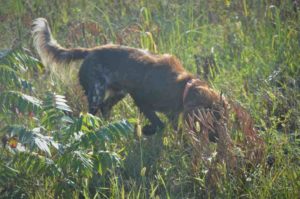 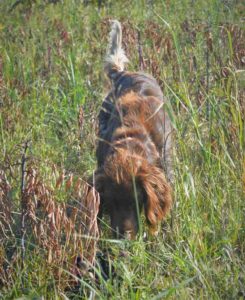 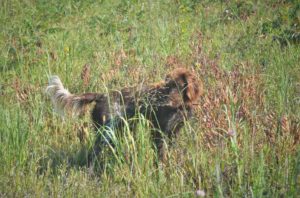 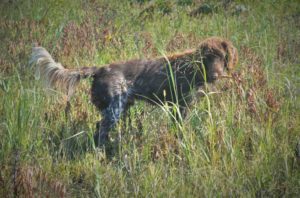 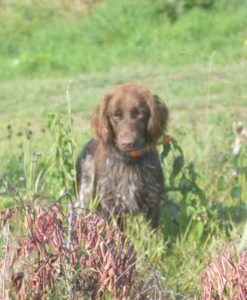 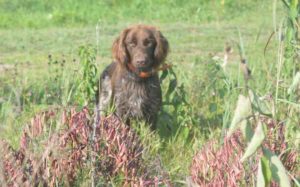 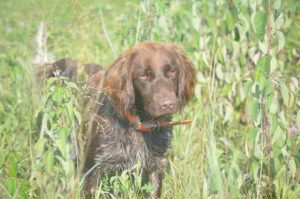 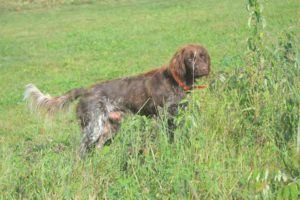 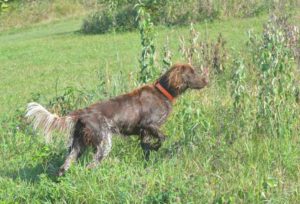 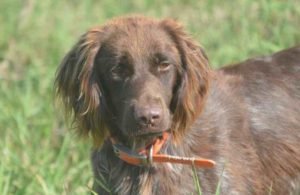 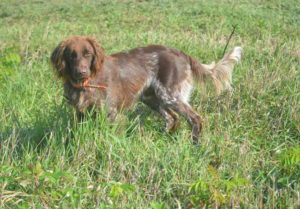 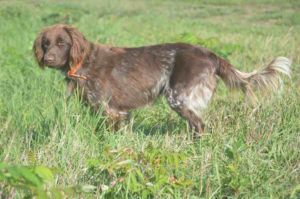 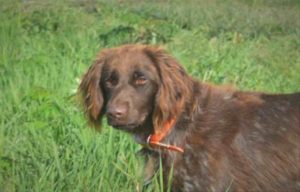 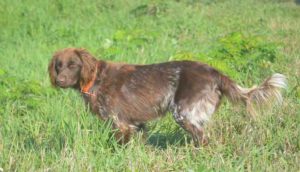 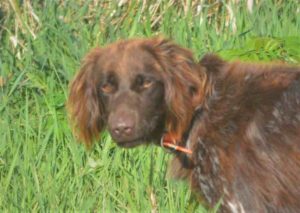 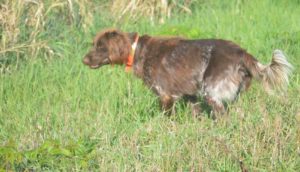 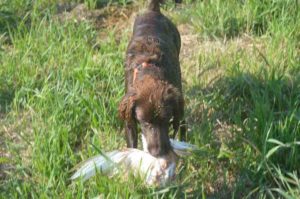 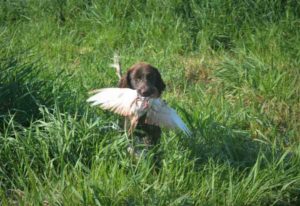 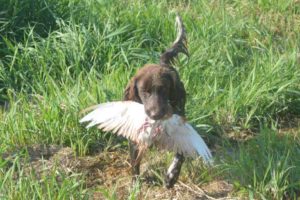 Shooter’s mother is Anastasia vom Maple (Ana) who earned NA 110 Pr I in her NAVHDA Natural Ability Test. Both of Ana’s parents are German imports from top German lineages. Ana’s mother is Beena vom Scheuernberg (Luna) 14-0745 KlM whose breeder is Nadine Strobele. Luna is very athletic, confident and has a great intense point. She likes swimming and searching for ducks a lot. She comes from an elite breeding (Auslesezucht) in Germany. Luna passed VJP (spring puppy test) in May 2015 and HZP (fall breed test) in September 2015 under JGHV (German testing system). Ana’s father Charly von der Emsaue (Ka$h) 13-0369 KlM is from the German breeder Andreas Probsting. Ken Hamele uses Ka$h as his go to dog at two Nebraska preserves and wild bird hunting in the Midwest. Ka$h has been a natural retriever from a puppy. He a very soft mouth retrieving grouse, pheasants, prairie chicken, quail,  turkey and ducks without putting a tooth mark in them. If the bird is alive when he picks it up, it will still be alive when he delivers it to hand.  Many times he has tracked a wounded pheasant or turkey for 100 to 200 yards then retrieves it to hand. Ka$h is a relentless retriever and will play bumper retrieve for hours.